Commonly known as garden angelica, wild celery, and Norwegian angelica, is a biennial plant from the Apiaceae family, a subspecies of which is cultivated for its sweetly scented edible stems and roots. Like several other species in Apiaceae, its appearance is similar to several poisonous species (Conium, Heracleum, and others), and should not be consumed unless it has been identified with absolute certainty.

Angelica root, known as the Angel of Herbs, is related to parsley, carrot and fennel. The fragrant herb is added to teas and seasonings for a celery-like flavor.

From the 10th century on, angelica was cultivated as a vegetable and medicinal plant, and achieved popularity in Scandinavia in the 12th century and is still used today, especially in Sami culture. A flute-like instrument with a clarinet-like sound can be made of its hollow stem. Linnaeus reported that Sami peoples used it in reindeer milk, as it is often used as a flavouring agent. It is used to flavour liqueurs or aquavits, (e.g.,Chartreuse, Bénédictine, Vermouth, and Dubonnet), omelettes and trout, and as jam. The long bright-green stems are also candied and used as decoration.

Angelica is unique amongst the Umbelliferae for its pervading aromatic odour, a pleasant perfume entirely different from fennel, parsley, anise, caraway, or chervil. It has been compared to musk and to juniper. Even the roots are fragrant, and form one of the principal aromatics of European growth – the other parts of the plant have the same flavour, but their active principles are considered more perishable. The fruits are tiny mericarps and are used in the production of absinthe and other alcoholic drinks.

Do not consume angelica preparations during pregnancy. The furanocoumarins in the herb may increase photosensitivity to UV radiation. Do not use this herb if you take anticoagulant medications due to a risk of uncontrolled bleeding.

Be the first to review “Angelica Root” Cancel reply 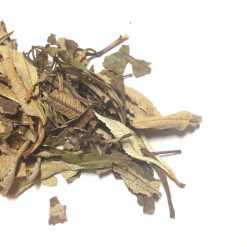 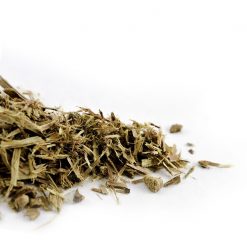 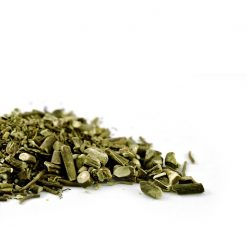 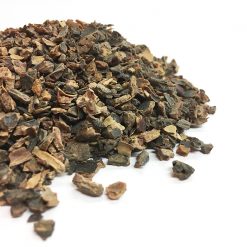