Codonopsis, also called Dang Shen, is used for its roots. It is a milder substitute for Panax Ginseng. Codonopsis is adaptogenic, energizing, and has been used to help maintain health. Codonopsis is also said to be a tonic for the immune system and an aphrodisiac for men, though there are no studies proving this claim in western medicine.

Codonopsis Powder comes from a genus of flowering plant in the family Campanulaceae, known as Codonopsis pilosula (Dang Shen). Codonopsis is a twining perennial. It reaches a length of five feet, and has oval leaves and distinct bell shaped greenish purple flowers. It is native to Asia and China, but now cultivated worldwide, sometimes only for its ornamental value. The long, sweet taproot is used extensively in herbal medicine.As currently recognized, Codonopsis includes two other groups sometimes separated as distinct genera, i.e.Campanumoea and Leptocodon. The enlarged genus Codonopsis is widespread across eastern, southern, central, and southeastern Asia, including China, Japan, the Russian Far East, Kazakhstan, the Indian Subcontinent, Iran, Indochina, Indonesia, etc. It’s found in Northeast Asia and Korea. The root is the part used.  It is a milder substitute for Panax Ginseng.  Codonopsis is adaptogenic, energizing, and has been used to help maintain health. Codonopsis is also said to be a tonic for the immune system and an aphrodisiac for men.

Codonopsis refers to the roots of Codonopsis pilosula, utilized primarily as a substitute for ginseng (Panax ginseng).  The botanical name derives from the plant’s bell-like flowers and the hairy character of its young growing parts.  The Chinese name given to this herb, dangshen, indicates that it was deemed a ginseng-like plant (ginseng is renshen) from the Shandang region of Shanxi Province, which had been the principal source for ginseng in ancient times.  It has been argued that the ginseng plant of ancient texts was actually codonopsis, rather than Panax ginseng, though the botanical source materials are difficult to trace back historically.  Codonopsis didn’t appear in any of the herbals prior to the Qing Dynasty; it was first mentioned in the Bencao Congxin (by Wu Yiluo; 1751) and in the Bencao Gangmu Shiyi (by Zhao Xuemin; 1765).

Though the genus Codonopsis originates in East Asia and is found growing wild, the modern supply of the medicinal plant comes from cultivation.  The roots are harvested in autumn after three years growth; they have a mild, sweet taste and are used in some Chinese food therapy recipes; for example, chicken soup may be prepared with codonopsis, astragalus, lotus seed, lycium fruit, and other mild herbs to make a good tasting qi tonic.  In Korea, the root of the related plant Codonopsis lanceolata is called todok; it is seasoned with salt and hot peppers, and used as a food

Be the first to review “Codonopsis Powder” Cancel reply 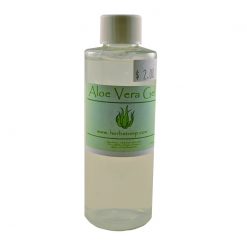 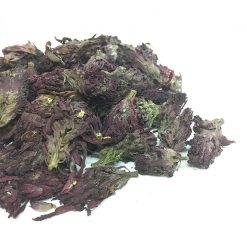