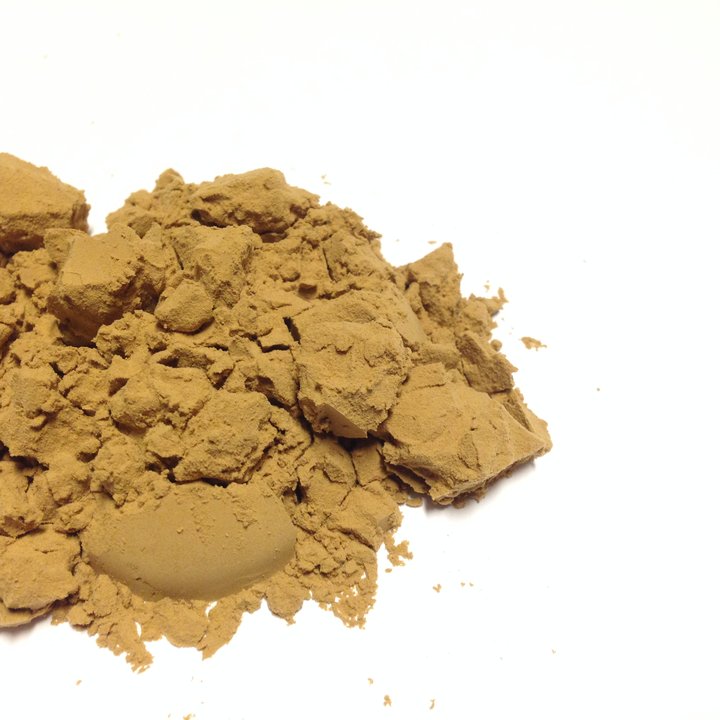 Blue lotus (Nymphaea caerulea) might be the biggest liar on the planet. After all, it’s not actually a lotus; it’s a lily! If you’ve heard “Egyptian blue lily,” “blue water lily,” or “sacred blue lily” tossed around in conversation, it’s the same thing. The first thing that comes to mind when you hear the word “lotus” is probably not blue lotus, but the more traditional Nelumbo nucifera, or sacred lotus, which has a rounder appearance and light pink blossoms instead of pale blue ones.

So what is this dissembling plant? Blue lotus has been highly symbolic since ancient times. The lotus plant is regarded as a symbol of purity of heart, beauty, fertility, and even transcendence; a blue lotus in particular symbolizes wisdom and knowledge. Blue lotus also has a sweet floral scent, which is why it pops up in perfumes and aromatherapy products from time to time. Keep reading for more about blue lotus’ origin. 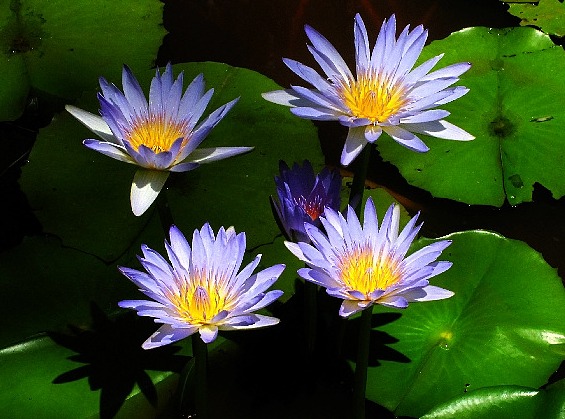 The blue lotus plant is delicate and aquatic-looking. Its oblong, gently rounded leaves can get 16 inches long, with narrow 6-inch flower petals, the whole plant spreading out across three feet. True to its name, its flowers are bluish, ranging from more of a whitish indigo to light sky blue with light yellow in the middle. The flowers open in the morning and close in late afternoon. This connection to the sun’s habits led some to believe blue lotus was associated with the sun god Ra.

In swampy habitats and those with at least a foot of water, blue lotus is easy to grow, as long as it gets full sun and quality soil. (It’s plentiful in South Africa and tropical climates.) At first, blue lotus looks like grass sprouting from loam underwater, but then leaves grow on the water’s surface, and eventually its flowers bloom. The reason purity and immortality got associated with blue lotus is that the flower grows in muddy, slimy areas, yet its flowers are clean, beautiful, and reaching skyward. Metaphor for humanity, right? 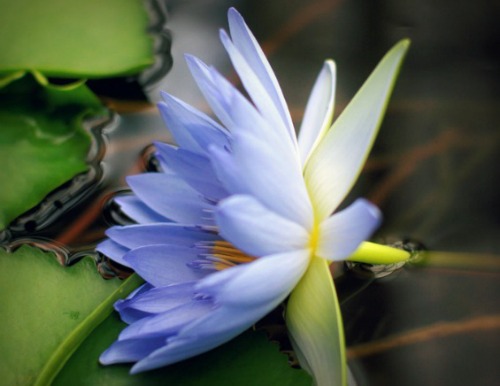 Today, blue lotus has spread throughout Southern Africa and select other African countries as well as growing in Israel, Yemen, Thailand, Brazil, and Argentina. It’s cultivated in many more areas. But people believe it originally grew along the Nile River in Egypt.

Supposedly the goddess Isis was the first to note blue lotus was edible, back in the first century B.C., and word spread to pharaohs and others who were eager to partake. According to I Am Shaman, blue lotus flowers were often gifts for ancient visitors, as well as being used in party decorations and palace landscaping. Blue lotus became quite prevalent in artwork, from pots and urns to mosaics and tomb paintings. Its flowers were also widely used as a burial wreath. Nowadays, blue lotus is ubiquitous in Japanese and Chinese landscaping. 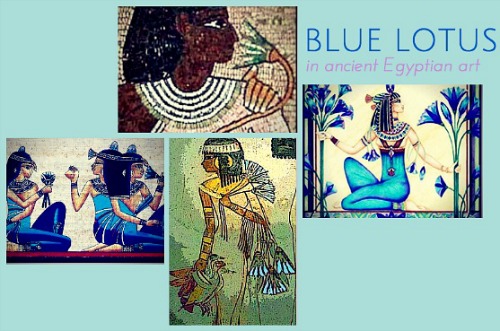 We do not ship Blue Lotus, Wild Dagga, or Kanna to Louisiana. This statement is for educational purposes only and has not been evaluated by the FDA. Blue lotus extract, tincture, resin, and flowers are not intended to diagnose, treat, cure, or prevent any disease. When ordering blue lotus, you agree to our disclaimer and that you are at least 18 years old. As with most supplements, it has not been established that blue lotus is safe for pregnant or breastfeeding women.