Peppermint is a hybrid mint made by crossing watermint with spearmint. Peppermint was indigenous to Europe, but has now become widespread thoughtout the world.

Peppermint is a hybrid mint made by crossing watermint with spearmint. Peppermint was indigenous to Europe, but has now become widespread thoughtout the world. Peppermint is the oldest and most popular mint flavor. It is often used to flavor tea, ice cream, confectionery, chewing gum, and toothpaste. Peppermint contains menthol which activates the TRPM8 (cold-sensitive) receptors, and that is what creates the cooling sensation of peppermint oils.

First described in 1753 by Carl Linnaeus from specimens that had been collected in England; he treated it as a species, but it is now universally agreed to be a hybrid. It is a herbaceous rhizomatous perennial plant growing to 30–90 cm (12–35 in) tall, with smooth stems, square in cross section. The rhizomes are wide-spreading, fleshy, and bare fibrous roots. The leaves are from 4–9 cm (1.6–3.5 in) long and 1.5–4 cm (0.59–1.57 in) broad, dark green with reddish veins, and with an acute apex and coarsely toothed margins.

The leaves and stems are usually slightly fuzzy. The flowers are purple, 6–8 mm (0.24–0.31 in) long, with a four-lobed corolla about 5 mm (0.20 in) diameter; they are produced in whorls (verticillasters) around the stem, forming thick, blunt spikes. Flowering is from mid to late summer. The chromosome number is variable, with 2n counts of 66, 72, 84, and 120 recorded. A fast-growing plant; once it sprouts, it spreads very quickly.

Peppermint typically occurs in moist habitats, including stream sides and drainage ditches. Being a hybrid, it is usually sterile, producing no seeds and reproducing only vegetatively, spreading by its rhizomes. If placed, it can grow anywhere, with a few exceptions. Outside of its native range, areas where peppermint was formerly grown for oil often have an abundance of feral plants, and it is considered invasive in Australia, the Galápagos Islands, New Zealand, and in the United States in the Great Lakes region, noted since 1843.

Be the first to review “Peppermint” Cancel reply 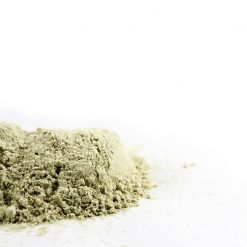 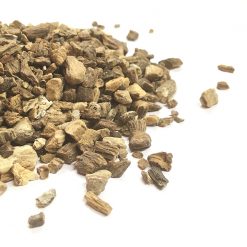